Choose Hemp For The Sake Of The Environment 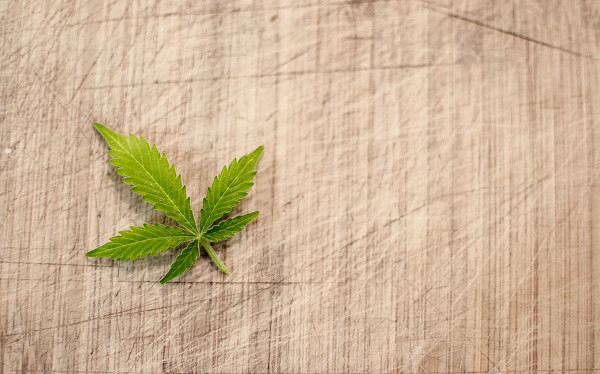 Spoiler alert: Do you believe in living for the moment with no concerns about the future?
This article is NOT for you. But do read on if you, like many of us, are concerned about preserving our planet for life in the future. This article may transform your lifestyle into a greener one.

We Are the Earth’s Babies
National Geographic informs us that the earth is 4.54 billion years old, with an error margin of +/- 50 million years. The human species is a mere baby in comparison. We are anything between 200,000 to 315,000 years old, says the Encyclopaedia Britannica.

How Old Are We?
For five decades since 1967, scholars believed that we humans are about 200,000 years old. However, in 2017 evolutionary anthropologists from the Max Planck Institute in Leipzig, Germany, discovered fragments of skulls and an unbroken jawbone along with stone tools at a site in Morocco.

The skull fragments and the jawbone bear striking resemblance to the human skull and jawbone. These have been dated to be about 315,000 years old. This discovery, thus, makes us more than 100,000 years older than we had previously believed.

This claim, however, is yet to be fully established. Even if this latest claim gets proven and accepted, we’ll still remain a very young species in comparison to the earth’s age.

We Are Earth’s Worst Children

Young we are, but we are also earth’s problem child. Our production and consumption patterns, especially since the first industrial revolution in the late 18th century, have been extremely irresponsible.

Environmental change is nothing new to our planet. Biological, chemical, and physical changes have been influencing the earth’s environment since the planet emerged. These changes have made our planet habitable for living beings, including us.

Human-induced changes in the earth’s environment have, unfortunately, reversed the process.

We Have Unsustainable Living Habits

We have been depleting the natural resources of the planet and degrading its environment. So much so that planet earth may not be able to sustain life for too long, unless we change our living habits without further delay.

What Is Environmental Degradation?

It is an oft-used term, but not necessarily a well-understood one. Experts inform us that environmental degradation is an umbrella term that encompasses a range of human activities. The common feature of these actions is that they are all detrimental to the earth’s environment.

● Emitting Pollutants in the Earth’s Atmosphere

A pollutant is a substance in the air that, when present in high concentration, makes the air harmful for the health of humans and other living beings. Carbon dioxide, chlorofluorocarbons, and substances like sulfur dioxide and nitrogen dioxide that cause acidification are some of the worst pollutants.

● The Heavy Carbon Footprint of Humans

Carbon collectively refers to greenhouse gas emissions that include carbon dioxide, methane, nitrous oxide, and F-gases (i.e. fluorinated gases). Burning fossil fuels, deforestation, industrial processes, all cause the greenhouse effect that is making the earth warmer than it should be.

Use Hemp to Reduce the Carbon Footprint of Our Buildings

These calculations do not include the environmental costs of constructing a building. In 2009, the global construction industry accounted for 23% of all carbon dioxide emitted by economic activities worldwide, informs an academic article.

Hemp Can Make Our Buildings Carbon-Negative

Hemp hurds, the hard inner core of hemp stalks, offer a viable substitute that can reduce these environmental costs on all fronts. When combined with a binder like lime, hemp hurds turn to hempcrete. Hemp-clay is another composite made by mixing hemp hurds with clay.

Both hempcrete and hemp-clay can be used for constructing carbon-negative buildings and for insulating them. Constructing a building with hempcrete or hemp-clay hardly has any
negative ecological impact when compared to constructing with traditional concrete.

Buildings made of hep composites also cut down substantially on our electricity usage because of hemp’s excellent thermal qualities. Hemp stores heat when the atmosphere is hot, releasing heat when the environment is cooler. That makes hemp an effective insulating material without the use of electricity or gas for heating and cooling.

Hemp Can Reduce the Carbon Footprint of Transportation

Transportation currently accounts for 15% of the total greenhouse gas emissions, says the World Resources Institute report. That includes the entire process of constructing the vehicles we ride, the fossil fuels we burn to run them, and the energy we use for heating and cooling.

Legend has it that Henry Ford had made a prototype of his Model T with hemp. Whether that contested information is true or not, Bruce Dietzen has actually made his Renew sports car entirely with hemp.

The good news is that the use of hemp hurds for car parts is no longer limited to just Dietzen’s Renew sports car. From BMW to Mercedes, hemp has made a determined entry into the automotive market, led by European automakers.

Using the cellulose-intensive hemp hurds to replace metal and plastic in our cars will make them greener to a considerable extent. Hemp is lightweight but surprisingly strong. The use of hemp will make our cars lighter and more fuel-efficient.

Vehicle junk is another environmental hazard. Decaying car parts release hazardous substances into the atmosphere. Remnants of coolant and other chemicals seep into the ground. Hemp composites used to make cars or car parts are biodegradable. That takes care of the waste management issue.

Hemp Can Run Our Vehicles, Too!

Hemp seeds are rich in oil content. This oil can produce biodiesel. It is also possible to produce ethanol and methanol using the whole hemp plant which is high in cellulose. Hemp, therefore, presents a greener and renewable source of fuel for our vehicles and other needs.

Zeroing in on hemp for our fuel needs has several other advantages also. Hemp can grow on infertile land, which leaves fertile land free for food crop production. Using hemp biodiesel also means leaving edible plants like olive and soy, currently in use for biofuel, free for dietary consumption.

The plastic that is currently omnipresent in our everyday living comes from fossil fuels and is non-biodegradable. The environmental costs of this plastic are many. It depletes our fossil fuels and leaves a heavy carbon footprint during production.

Remnants of single-use plastic get into our water bodies and choke them. These microplastics also kill innumerable aquatic and land animals and pose health hazards for us. Fully biodegradable hemp bioplastic is a one-item solution for all these problems.

Synthetic fibers constitute part of the plastic pollution problem. Cotton is highly water- and pesticide-intensive. Using the bast fibers that come from the outer layer of hemp stalks is the future-forward way to green fashion. Even Armani is turning to hemp textiles!

The Chinese produced the first paper with hemp fibers. If we substitute our current use of wood paper with hemp paper, we will do ourselves a favor. It will imply considerably less deforestation, among other things.

Do we really need more reasons to promote the integration of hemp into our everyday living habits?

Author Bio: Jaspreet Singh, Co-founder of the NGO Hemp Foundation which works for the empowerment of economically challenged farmers in Uttarakhand. He works as a bridge between the people and the business to make the farmers economically grow. He loves to hear their problems to provide them an explicit solution. He is also passionate about adventures tours, trekking, and long bike rides. 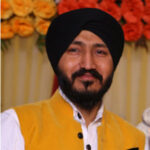 Simply fill out the form below and we'll contact you!