With it being Beyoncé’s birthday month, the tune Girls Rule the World played almost continuously for 24-hours. It got me to thinking about the impact women have on the Spa, Wellness, and Salon industry. Two years ago, I wrote an article reviewing the effects technology had on the hospitality industry and I wanted to add to the initial idea with a focus on women in the sector.

As a DBA/ Ph.D. candidate, yes, I love school, it was said many times until we have our terminal degree we don’t have an opinion and to just restate the facts. I took that message to heart for this piece, the information is not my opinion, but data from well-established organizations.

It was also noted in the American Express report, “half of all women-owned businesses can be found in three industries – Health Care and Social Assistance, Professional / Scientific / Technical Services, and Other Services. In this instance, “other services” comprised 23% of women-owned businesses, which includes the Spa and Salon sector. The US Bureau of Labor Statistics reported the number of “personal appearance jobs” aka Spa and Salon, are projected to jump 31 percent between 2008 and 2018, nearly three times the rate of growth of total U.S. employment.” The reason for the large influx into the industry is attributed to the lower barrier to entry, with many entry-level positions available to a diverse background and lifelong opportunities to women especially minorities. There are also opportunities for leadership as well as ownership which attracts a larger audience than many other industries.

Delving deeper into the numbers, the Professional Beauty Association (PBA) annual report stated: “84% of individuals in personal appearance occupations are women, compared to 47% of employed individuals in the overall U.S. workforce.” In addition, the report went on to explain “twenty-one percent of businesses in the salon industry are Black or African-American-owned.”

Interestingly enough, in a recent Fast Company article listing the job safe from automation, therapists and hairdressers were two of five positions expected to be least impacted in regard to replacing workers with robots. The authors of the article reported in the next 12 years,” one-fifth of the global workforce, 800 million jobs could be lost to technology.” It seems those individuals – with the ability to adapt, customize, and empathize would be least affected by the shift toward automation. So, for now, the Spa, Wellness and Salon sector of hospitality is still safe from total automation and annihilation. There are so many opportunities for entrepreneurship, growth as well as revenue generation for women, especially of color. It is time to share this information with those looking for careers as change agents. The numbers show women, natural nurturers, really do rule the Spa, Wellness, and Salon industry.

Next month I will focus more on the topic of technology, with the intention of not only embracing the changes coming but how utilizing it for new opportunities. 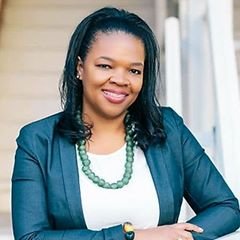 Author, How to Open a Day Spa:31-Day Guide

Simply fill out the form below and we'll contact you!
WP2Social Auto Publish Powered By : XYZScripts.com