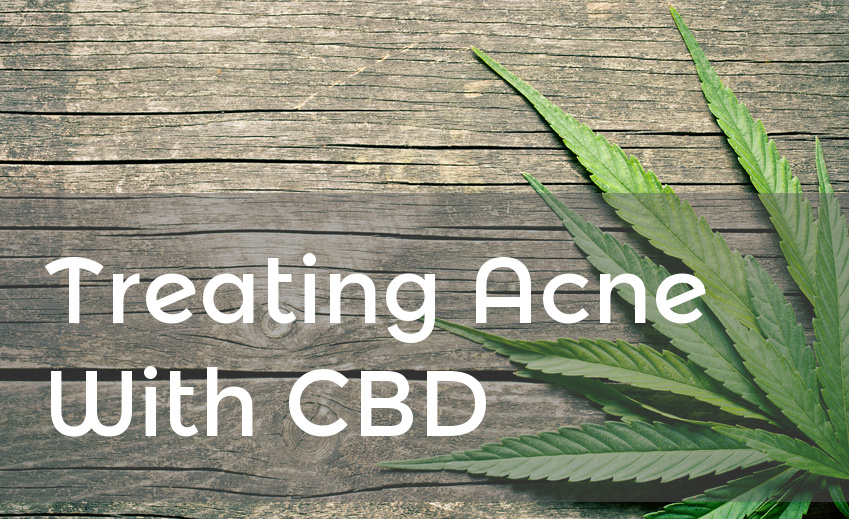 Acne vulgaris is the most common human skin disease, affecting the quality of life of millions worldwide. In fact, in the United States, acne affects up to 50 million Americans annually according to the American Academy of Dermatology.  The costs associated to treat acne exceed $3 billion.

Acne is characterized by the outbreak of pimples, as well as blackheads, whiteheads, that generally appear on the face, neck and back. These symptoms, whether of genetic, hormonal, or infectious origins, are mainly caused by an excessive secretion of sebum also known as sebocytes.  Typical treatments consist of oral antibiotics which can be taxing on your body, or expensive creams, which can be taxing on your wallet.

Cannabis, specifically, CBD may be the answer to treating acne. While THC is known to increase oil production, CBD has the exact opposite effect. With acne, the body over-produces oil. This oil is known as sebum, and it’s excreted by the sebaceous glands in the skin.

Dr Tamas Biro, a Hungarian scientist, decided to put CBD to the test. He wanted to see how the CBD interacted with the natural endocannabinoids our own bodies produce. Endocannabinoids help regulate hair growth, oil production, and immune response in the skin and play a major role in determining how much sebum is produced in the skin. When Brio applied non-psychoactive CBD to these skin cells, he noticed that oil production stopped.

Another study focused on the impact of cutaneous cannabinoid system and CBD on acne.  The results concluded that when cannabidiol was used on sebaceous glands (which secrete an oily sebum, which can result oily skin and/or obstructed pores), the proliferation of sebocytes decreased significantly. The study further concluded that CBD has potential as a promising therapeutic agent for the treatment of acne vulgaris and exerts universal anti-inflammatory action.

CBD based topicals are the easiest and most cost-effective way to administer CBD for the treatment of acne.  In an era where many mainstream topicals are filled with harmful ingredients such as parabens and sulfites, CBD is plant based with zero side effects.  Cannaisseur Brands offers premium, organic CBD in multiple applications including creams, oils and tinctures.

Simply fill out the form below and we'll contact you!